The International African Institute (IAI), hosted at SOAS University of London, aims to promote the scholarly study of Africa's history, societies and cultures. The institute realizes its aims primarily by means of scholarly publishing. Read more about us.

The IAI publishes the long established and prestigious journal, Africa, the Journal of African Cultural Studies the annual Africa Bibliography, the International African Library series, the African Arguments series; and the Readings in… series, for use in tertiary level teaching of African studies.

From 2021, the African Arguments book series is being published with Hurst. For further details, see Hurst Publishers.

Debating ideas
Debating Ideas is a new section that aims to reflect the values and editorial ethos of the African Arguments book series, publishing writing from within the African continent and beyond. It will offer debates and engagements, contexts and controversies, and reviews and responses flowing from the African Arguments books. Edited and managed by the International African Institute. Host: SOAS University of London. Sponsored by the World Peace Foundation. Go to the Debating ideas web page >>

Database of African Publishers
This freely accessible resource was developed by the International African Institute (IAI) in association with the African Books Collective. Access the ddatabase >> Youth on the Move: Views from Below on Ethiopian International Migration
Asnake Kefale, Fana Gebresenbet
At a time when policies are increasingly against it, international migration has become the subject of great public and academic attention. This book departs from the dominant approach of studying international migration at macro level, and from the perspective of destination countries. The contributors here seek to do more than ‘scratch the surface’ of the migration process, by foregrounding the voices and views of Ethiopian youth–potential migrants and returnees–and of their sending communities. 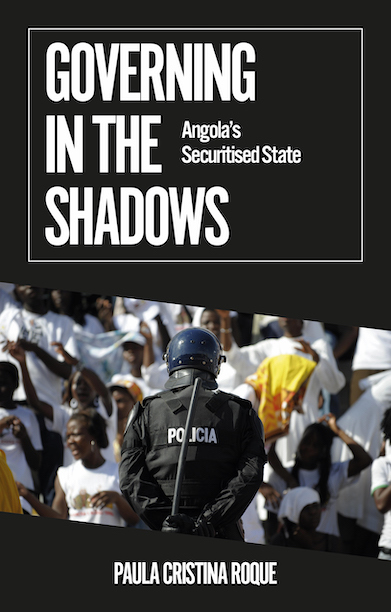 Governing in the Shadows: Angola's Securitised State
Paula Cristina Roque
This book traces three decades of securitisation in Angola. As a governing strategy during war and peacetime, it muted the aspirations of those on opposing sides, distorted the state, emboldened elites and redefined the identity of Angolans. Through this lens, Paula Cristina Roque provides an original account of Angola’s post-conflict state-building. An Uneasy Embrace: Africa, India and the Spectre of Race
Shobana Shankar
The entwined histories of Blacks and Indians defy easy explanation. From Ghanaian protests over Gandhi statues to American Vice President Kamala Harris’s story, this relationship—notwithstanding moments of common struggle—seethes with conflicts that reveal how race reverberates throughout the modern world.

Religious pluralism, as encountered in multi-faith settings such as Nigeria's biggest city Lagos, challenges much of what we have long taken for granted about religion, including the ready-made binaries of Christianity versus Islam, religion versus secularism, religious monism versus polytheism, and tradition versus modernity. In this book, Marloes Janson offers a rich ethnography of religions, religious pluralism and practice in Lagos, analysing how so-called 'religious shoppers' cross religious boundaries, and the coexistence of different religious traditions where practitioners engage with these simultaneously. Prompted to develop a broader conception of religion that shifts from a narrow analysis of religious traditions as mutually exclusive, Janson instead offers a perspective that focuses on the complex dynamics of their actual entanglements. Including real-life examples to illustrate religion in Lagos through religious practice and lived experiences, this study takes account of the ambivalence, inconsistency and unpredictability of lived religion, proposing assemblage as an analytical frame for exploring the conceptual and methodological possibilities that may open as a result.

Published for the IAI by Cambridge University Press

White workers occupied a unique social position in apartheid-era South Africa. Shielded from black labour competition in exchange for support for the white minority regime, their race-based status effectively concealed their class-based vulnerability. Centred on this entanglement of race and class, Privileged Precariat examines how South Africa's white workers experienced the dismantling of the racial state and the establishment of black majority rule. Starting from the 1970s, it shows how apartheid reforms constituted the withdrawal of state support for working-class whiteness, sending workers in search of new ways to safeguard their interests in a rapidly changing world. Danelle van Zyl-Hermann tracks the shifting strategies of the blue-collar Mineworkers' Union, culminating in its reinvention, by the 2010s, as the Solidarity Movement, a social movement appealing to cultural nationalism. Integrating unique historical and ethnographic evidence with global debates, Privileged Precariat offers a chronological and interpretative rethinking of South Africa's recent past and contributes new insights from the Global South to debates on race and class in the era of neoliberalism.

Published for the IAI by Cambridge University Press